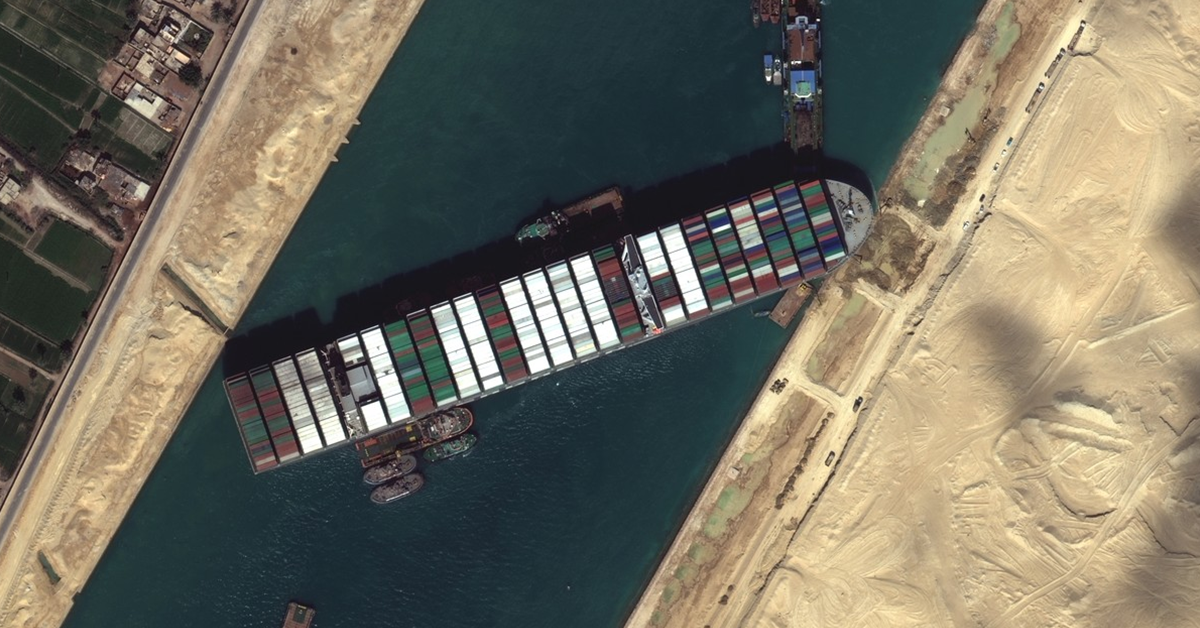 The impact of the Ever Given case on the global economy

On March 23, the Suez Canal made headlines worldwide – Ever Given, a 1,300-foot Japanese-owned container ship en route from China to Europe, was stuck on the waterway for six days.

The number of days may seem small, but the impacts on the global economy are still being felt, after all, it is estimated that 90% of world trade is transported by sea.

The waterway was inaugurated in 1869 and since then it has been a vital international sea crossing – it is an important commercial route that shortens the distances between Asia, the Middle East and Europe.

Located in Egypt, the channel connects the Mediterranean Sea to the Red Sea, preventing ships from having to bypass all of Africa – thereby saving vessels thousands of kilometers of travel.

The nonstop race to unlock the canal, which, according to the Suez Canal Authority, has over 12% of world trade passing through the structure, lasted six days, with rescuers working on land and water draining sand and removing rocks from the ends of the ship that had blocked the passage.

In addition to Egypt, other countries were also involved in solving the problem, such as Holland and Germany, and even the United States offered help. There were fourteen tugs pulling and pushing Ever Given at high tide to move it.

It is worth highlighting the work of the cargo agent, who manages the ship and plays a fundamental role in communication between a vessel and the transport and storage companies, customs brokers, container terminals and port operators. Such professionals were instrumental in the entire process that Ever Given went through due to stranding.

On March 29, just a few hours before the Suez Canal was released, 367 ships were waiting to pass through the route, according to Leth Agencies, a local service provider.

To be aware of the impact, about 12% of global trade, one million barrels of oil and 8% of liquefied natural gas pass through the channel every day, and before the pandemic, trade that passed through the Suez Canal contributed with 2% of Egypt’s GDP. There was even an increase in the price of oil due to the unusual situation.

As delays can be very expensive for shipowners, some have decided to redirect ships around the Cape of Good Hope, in the far south of Africa, adding about eight days to sea voyages – experts estimate that congestion has held back almost 10 billion dollars in daily transactions.

According to an analysis by German insurer Allianz, the blockade costs global trade between $ 6 billion and $ 10 billion a week and could reduce annual trade growth by 0.2 to 0.4 percentage points.

However, the blockade of the Suez Canal does not only affect the global shipping industry: countless businesses, from domestic transport suppliers to retailers, supermarkets and manufacturers are also affected.

From food products to spare parts for engines, they stopped at sea. There was even a concern that if the blockade in the Suez Canal continued, some companies would have to pay to order more goods and send them by air freight, which costs at least three times as much.

This means that even with a return to normal operations in a week or more, the temporary block would leave supply chains having to overcome the accumulated portfolio – those responsible for supply chain purchases closely monitored the progress of the resolution, tracking which materials the suppliers owned and could be on one of the ships stopped in the Suez Canal.

Freight forwarders had to negotiate their annual contracts with retailers and manufacturers that depend on global supply chains, having to choose between maintaining today’s high prices for next year or betting that they will decline as the system rebalances.

What to do if your cargo was on this freighter?

The channel incident can also cause companies to rethink supply strategies, better knowing their vulnerabilities and possible unexpected events – such as a global pandemic or a ship stranded on an important channel.

Some professionals have even decided to increase their safety stock to deal with supply chain disruptions, for example. Below are some tips on what to do if the cargo stops in a sea traffic jam.

Have a risk management plan

In this scenario, more and more companies seek to achieve the maximum degree of resilience possible. In an environment where companies buy from suppliers, who in turn depend on raw materials from other companies, any change can expose the entire ecosystem. With such complexity, risk management is essential to make the area resilient and capable of conducting new business in an agile manner.

Consult Incoterm in your Purchase Order

Before any action, know who is responsible for your cargo, the buyer or the seller. This information is determined by the Incoterm used in the purchase order and will determine your next steps to resolve the issue in question.

If so, contact the hired freight forwarder to see if your container has been affected and what are the new delivery forecasts. If possible, contact the person responsible for the means of transport, such as the carrier.

This information can be found in your cargo’s Bill of Landing. When contacting, identify your cargo by the number of the container, the name of the ship and the seal, found in the same document. In case of perishable cargo, double the care.

Identify the person responsible for the accident

The person responsible for the accident, if any, should be penalized. Points that must be analyzed, for example, are the jurisprudence of the place where the accident happened. These determinations depend on international treaties and if the cargo is in international waters, international justice can be applied.

If we are talking about a territory in a specific country, those responsible must be judged by the law of that country. Another possibility is that the case is judged by the country of nationality of the ship. In all cases, an international arbitrator can be counted on to expedite the agreement without having to follow the judicial procedures.

Plan to always do your shopping in advance. Programming yourself so that your cargo does not delay even with possible unforeseen events, can avoid several problems that react in a chain. Buying to replenish stock is a good option so that your production does not stop.

And most importantly, have cargo insurance

In case of accidents, if no cargo insurance has been taken out, there is a possibility of loss of the goods without the right to reimbursement. In case of perishable cargo or damage, the only possibility of not losing your investment is by calling the insurance. Some Incoterms define the mandatory insurance, but the recommendation is to hire it independently of Incoterm.

Being prepared is essential and in this sense, the use of sensors, big data and attention to technologies such as machine learning are fundamental points for professionals. In this way, it is possible to organize the information that comes from different sources, closely monitor each stretch of the chain, predict and avoid possible problems, and have a clear sense of priorities within the organizational environment.

Identifying the best time of the year to obtain parts at the best prices from a specific supplier, generating preference over suppliers who have better delivery times and better payment terms are some possible actions, which end up contributing to the company’s financial health as one all.

Supply chains are increasingly complex and, as a result, many companies are forced to follow an increasing number of rules and regulations – understanding cargo ship routes and traffic can be a differentiator to generate the greatest possible security for the purchase process.

The recent Ever Given stranding on the Suez Canal, exposes the weaknesses of this global system – with transportation so dependent on narrow waterways, the potential for these incidents is always present.

Companies must be more aware of these weaknesses as the world becomes more connected, looking for solutions that keep the supply chain balanced even in adverse situations.

Most problems can be avoided with predictive problem analysis, a good risk management plan and a resilient and agile supply chain.

On our blog you will find several blogs to help you modernize your supply chain to be prepared for the big changes and eventual problems in global trade:

You can also count on Soluparts to help you deal with these unforeseen events – we are located in the most strategic markets in the world to facilitate your purchases and offer quotes from the most relevant manufacturers, with agility and security. Send us your quote request! 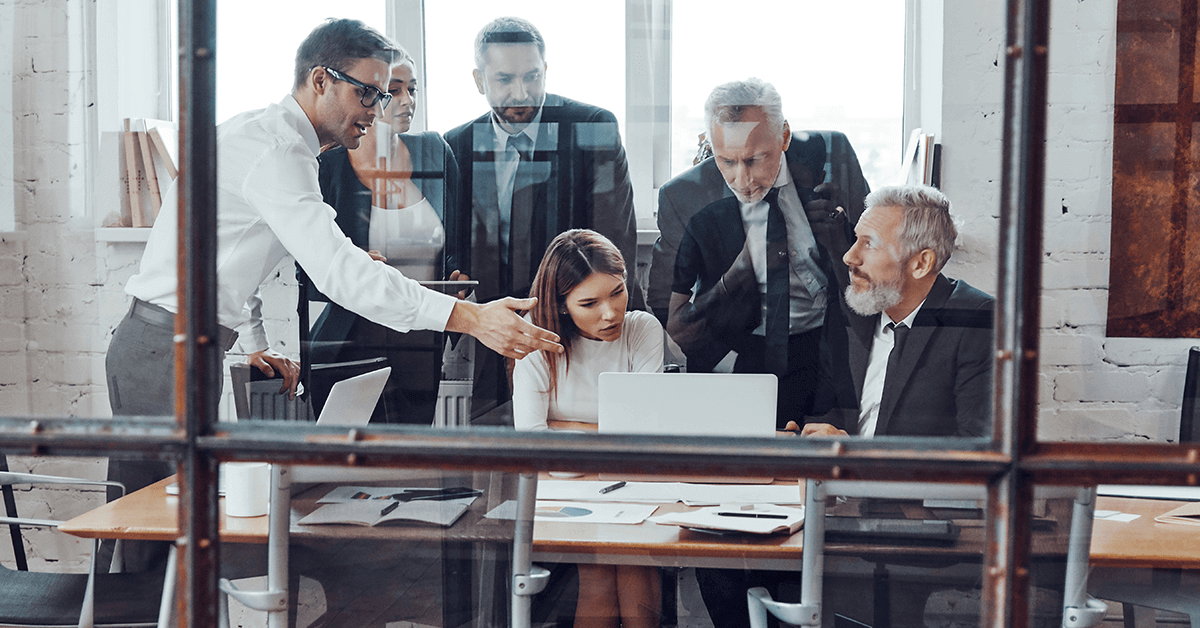 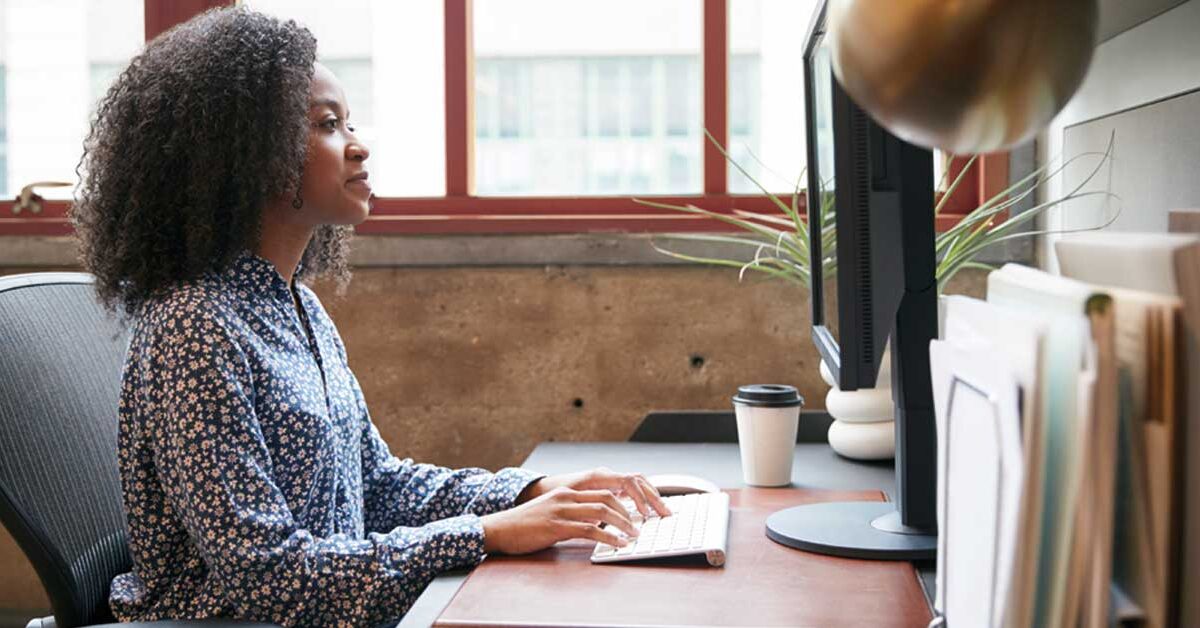